This list comes from my Twitter pal ReelDistraction. I recommend you follow him and check out his site. The dude has turned me onto lots of interesting and totally whacked out films and he will do the same for you!

Thanks to Rupert for asking me to contribute to his amazing Guest Horror List project. I’ve added a ton of movies to my to-watch list over the past few weeks, and hope you’ll find a film or two below that you can add to yours. I know everyone has approached this column slightly differently, so I’ll point out that my list ended up being Horror Films I Love That Don’t Seem To Get The Attention That They Should. To avoid having to rank them by preference (an impossible task), I’ve listed the movies inchronological order. 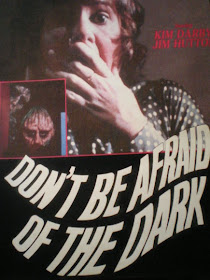 Don’t Be Afraid Of The Dark (1973)
Don’t Be Afraid Of The Dark is one of the few films that has actively scared me as an adult.A horde of - demons? trolls? goblins? - terrorize a likeable housewife (Kim Darby) after she moves into her family’s ancestral Victorian mansion. Imagine if Karen Black's Trilogy of Terror Zuni Doll actually looked scary instead of schlocky, and you’ve got a vague picture of these nightmarish, otherworldly creatures. Look for Jim Hutton as a fantastic nice-meaning-but-self-absorbed-asshole husband, William Demarest as a quintessential crotchety old dude, and Barbara Anderson as the best friend. Anderson in particular is incredible in the film, and if Don’t Be Afraid Of The Dark was about spousal abuse or retarded children, I think she would have been nominated for Best Supporting Actress. 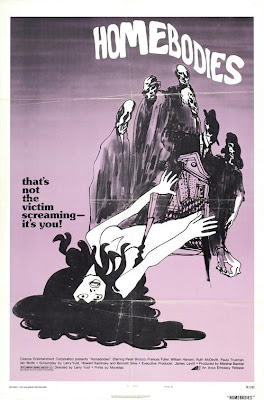 Homebodies (1974)
Ah, Homebodies,the oldfolksploitation classic about killer grandparents that no one but me seems to know about. I’ve seen plenty of Evil Elderly flicks,but none where the murderous geriatrics were presented as the perfectly rational protagonists of the film. The movie opens with an evil corporation trying to evict a group of senior citizens from their ramshackle apartment building to make way for a shopping center or some such thing. But rather than go the Bake Sale/Car Wash/Win The Big Game route like so many of their younger brethren would do in the 80s when faced with similar adversity, these old-timers take matters into their own wrinkly hands and start to kill construction workers to delay their eviction.

It’s a shame that director Larry Yust didn’t make more films, because this and the movie he shot directly before it - Trick Baby (1972) - are both absolute gems. My review of the film at Reel Distraction includes a fantastic ad in which a theater offered to admit grandmothers for free, and to hand out “prunes to everyone while they last.” 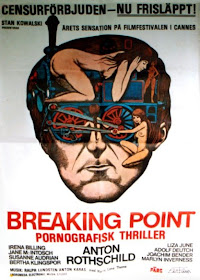 Breaking Point (1975)
I’ve gone back and forth about whether I should put Breaking Point on this list. On the one hand, the film (which is Bo Arne Vibenius’ follow-up to They Call Her One Eye(1974), and not Bob Clark’s 1976 revenge flick by the same name) is without a doubt one of the most horrifying and powerful films that I’ve ever watched. On the other, it’s utterly perverse and vile (two words that I do not use lightly), and I do not want to take responsibility for recommending it to anyone.

Although not a traditional horror film by any means, the movie is one of the few I’ve seen that legitimately and utterly unsettled me. For that reason (plus the fact that I’ve hardly ever heard anyone reference the film), I feel like I have to include it on this list. But I do so with this warning: You Probably Should Not Watch This Film, And If You Do, Don’t Blame Me. (If you want to do some additional research on the film to decide if it’s for you, my good friend @BTSJunkie has a more in-depth look here. 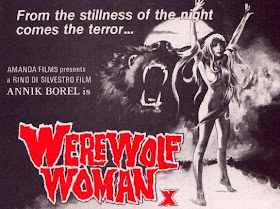 Legend of the Wolf Woman (1976)
I’ve been fortunate to have seen this movie twice theatrically, both times at the now-closed Alamo Downtown. The first time was at Lars Nilsen’s long-running Weird Wednesday series and the second was during the Best of QT Fest, where Quentin Tarantino programmed it as the final film in an all-night horror marathon. When he introduced the movie, Quentin explained why he chose it to end the night: "When you program a marathon you've gotta always end in style. You don't wanna make the people who stayed feel like idiots for staying that fuckin' long. They need a reward. And tonight, your reward is The Legend of the Wolf Woman." (My review of the rest of that marathon is here ). And a reward it is. The movie opens with the titular Wolf Woman’stransformation, and it is indeed an unforgettable one... think of it as the The American Werewolf in London transformation for hairy breast aficionados. From there the movie kinda plays like a standard Werewolf Curse film... except not really at all. There’s Italian Love Triangles, a disturbing sexytime fantasy sequence involving an iguana, and a hilariously out-of-place mid-film Wolf Woman Falls In Love With A Stuntman In A Ghost Town melodrama break. The film isn’t meant to be a comedy, but only the most cold-hearted will be able to watch it with a straight face. 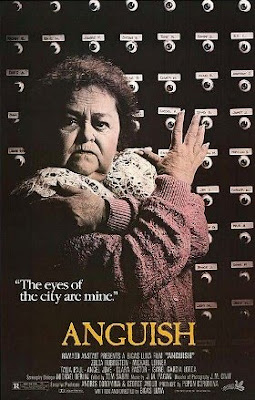 Anguish (1987)
Most people think of Poltergeist when they hear the name Zelda Rubinstein, but as great as that film is, Anguish is the movie that immediately comes to mind when I hear people talkingabout Little Z. Written and directed by Spanish filmmaker Bigas Luna,the film is a masterfully told story that I’d be a jerk to tell youanything about. If there’s a single film on this list that you blind-buywithout reading so much as a synopsis, let it be this one. 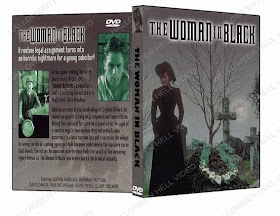 The Woman in Black (1989)
The Woman in Black is my go-to film when talking with fellow horror fans about underseen should-be classics. Made for UK TV, the film is an almost unbearably tense Victorian-era haunted house flick. I actually left lights on in my house after I finished watching this movie late at night so that I wouldn't have to walk to the bedroom in the dark. 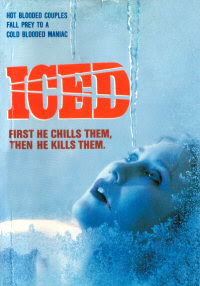 Iced (1988)
I feel kinda sketchy about including this movie given that I’ve only seen it in the context of a Horror Remix show.For those who aren’t familiar with that ever-expanding franchise, each month Horror Remix takes three themed 80’s horror flicks, edits out the boring bits, and presents a mesmerizing two-hour non-stop smorgasbord of nudity and violence. They screened Iced as part of the Christmas 2008 show (along with Christmas Evil (1980), and Silent Night, Deadly Night Part 2 (1987)), and of the film’s 86 minutes, we saw maybe 20. But those 20 minutes were beyond fantastic. It’s a ski-themed slasher, and my favorite character is a glorious cokehead asshole that does blow off of *everything*. Look for the Shouldn't-Be-Funny-But-It-Is-Because-Of-The-Delivery line: "I'm tired I'm gonna take a shower I'm gonna crash when's dinner?" 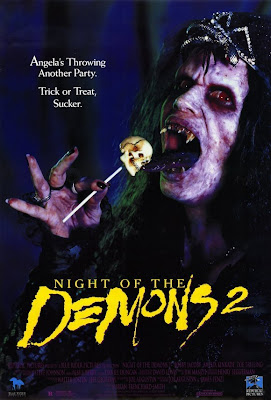 Night of the Demons 2 (1994)
Dubbed (by me) to be The Best 80s Horror Film That Was Made In The 90s, Night of the Demons 2is a superior sequel to a film that many consider to be an 80s staple. Rebellious Catholic schoolgirls visit a haunted house, where they inadvertently summon from the grave the spirit of one of the girl’s dead sister. The spirit hitchhikes with the girls back to their annual School Dance, and havoc ensues. Directed by my beloved Brian Trenchard-Smith, the movie features a feisty nun who knows how to swordfight, a trio of lead girls who are actually interesting to watch, a haunted toilet, several interesting kills, and plenty of gore and 80s-style practical effects. It also contains the immortal line “A kiss is a sin when it is an upper persuasion to a lower invasion." If you like this film, be sure to check out Brian Trenchard-Smith’s OTHER underappreciated horror film, Out Of The Body (1989), which has some truly terrifying moments. 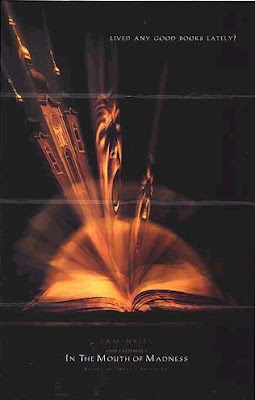 In The Mouth of Madness (1995)
It’s been well over a decade since my one-and-only screening of this John Carpenter flick, and there are images from the film that still haunt me. I saw In The Mouth of Madness on a rainy Friday night with a good friend and two girls we were kinda sorta dating. I remember very little about actually watching the film, but vividly recall driving one of the girls home afterward. We were so freaked out by what we had just seen that I ended up slamming the brakes and coming to a stop in the middle of the road because we were convinced - CONVINCED - that we’d just seen one of the demonic creatures from the film float across the road. (Full Disclosure: Upon further reflection we realized that it MIGHT have been a terrier that belonged to one of her neighbors. I have no idea how it learned to float.). It seems like Event Horizon(1997) has experienced a bit of a resurgence in popularity over the past few years, and even though I like that film - and based solely on my single long-ago viewing - I deem In The Mouth of Madness to be a much more effective Portal To Hell experience. 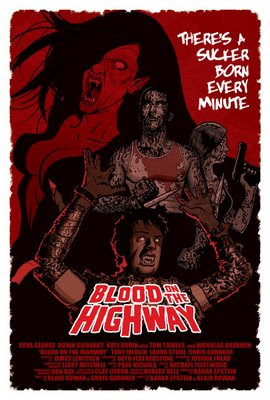 Blood On The Highway (2008)
I wandered into Blood On The Highway at AFI Dallas a few years back not knowing anything about it other than the fact that it was one of the few horror films playing that year. Horror isn’t this particular festival’s strong suit, so I was shocked that the film ended up being a low-budget vampire comedy/gore-fest that compares favorably to Dead Alive and Evil Dead. Seriously. Not only did it make my Best of 2008 List, it easily is one of the best horror comedies I’ve seen in the last ten years. The plot is simple enough: two dudes and a chick are on the way to a rock festival, but get stuck in a redneck town overrun with redneck vampires. Most of the actors are first-timers, and even though none are Hollywood-polished, they’re all vastly better and more authentic than most DTV horror actors. The film is aggressively offensive (at one point a character muses that he’s “fucked like an 8-year-old autistic kid at a NAMBLA convention”), which could come across as pandering and pathetic but ends up being legitimately hilarious.
After a long wait, the film just recently hit DVD . Of all the movies on this list, Blood On The Highway is the one I’m most excited about sharing, if only because it’s a local (shot in Dallas, Texas), no-budget horror flick that needs all the extra attention it can get.

Honorable mentions go to Snakes (1974) (a redneck revenge flick I HIGHLY recommend that shows you should never get between a snake-obsessed old coot and his John Philip Sousa records), The Witch Who Came From The Sea(1976) (a deceptively unsettling Descent Into Madness film that really shouldn’t have been included on the Video Nasties list), Asylum (1972) (my favorite horror anthology, directed by the recently deceased Roy Ward Baker), Cherry Falls (2000) (a smart, funny horror flick that flips Horror Rule No. 1 on its head and that lets Jay Mohr chew the scenery like no one’s business); and Highway to Hell (1991) (boasting a slew of impressive practical effects and Gilbert Gottfried as Hitler, this film deserves a much wider fan base). 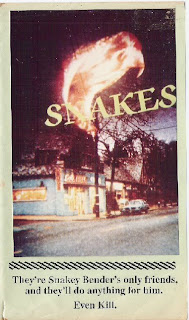 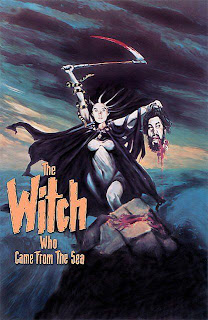 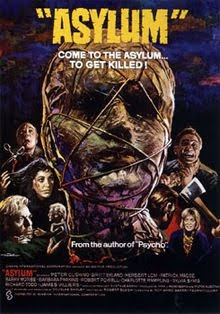 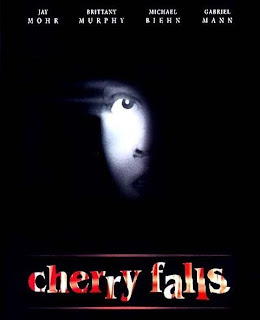 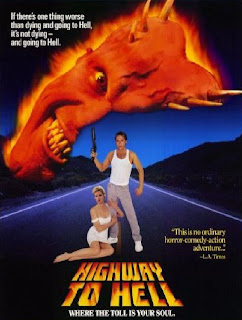