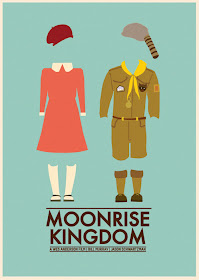 Wes Anderson has been a personal hero of mine for some time now. I remember circa 1997,  I was working at a video store in Madison, Wisconsin when a little film called BOTTLE ROCKET hit VHS. One of my coworkers and I checked it out and it was love at first sight for me. There was just something so quirky and funny and deliberate about the voice behind the film. I'd not really seen anything like it before and it became an instant classic to me. That set the stage for RUSHMORE. When that film came out, it just blew me away. It hit me in just the right place and I was completely hooked on Wes Anderson's films. Basically for life. His quirky aesthetics, attention to detail and use of music still excites me as a film lover. So when I was working in another video store, this time in Los Angeles, right around the time the Criterion Rushmore DVD came out, and Wes Anderson came into our store...well I was kind of speechless. I got a couple copies out of the back(the dvd hadn't come out yet) and got him to sign one. I remember he was really jazzed to see the artwork on the disc and the map inside. He said his brother had drawn it and I guess he'd not seen the packaging in it's finished form. I still have that dvd(see below) and the film is still a favorite for me. I recorded the commentary onto an audio cassette and used to listen to it a lot. I tracked down every film that he and Owen Wilson referenced. I believe it was because of them that I first saw THE LIFE AND DEATH OF COLONEL BLIMP(and listened to the wonderful Criterion Laserdisc commentary with Scorsese). I have been a gigantic fan of the Archers ever since. Anyway, I remember reading that Tarantino used to keep scrapbooks of all the De Palma interviews and stuff that he could find each time he had a new film coming out. He had a ritual of seeing the new De Palma film on the first day it opened, the first show. He had to go by himself to see the film that first time(so nobody could taint the viewing experience). He would then perhaps see a midnight show with someone else to see it through their eyes. I always loved the idea of the ritual he had with De Palma. I really kinda feel the same way about Anderson. I wasn't always able to go to his films the first day they opened, but I tried to make an effort to see them opening weekend for sure. I sometimes get a little jaded about films these days. Like so many of you, I've seen many, many movies and it starts to dull the magic a bit somehow over time. It wasn't until this week that I realized how I can still really have a great deal of enthusiasm and anticipation to see a film in the theater. How moved I can be when I see images put together with a really good song. Wes Anderson's collaboration with his music supervisor (the amazing Randall Poster) is one of the greatest in modern cinema. I truly love the way they marry music and picture in such a remarkable and memorable way. MOONRISE KINGDOM is gonna be a film I just love, I can tell already. I cannot wait. And with that I give you my Wes Anderson hierarchy...
(BTW, this ordering is almost kind of arbitrary as I truly adore ALL of his films) 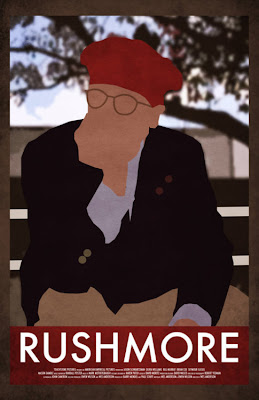 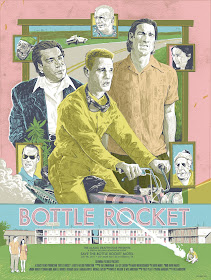 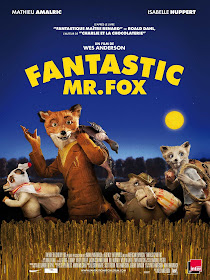 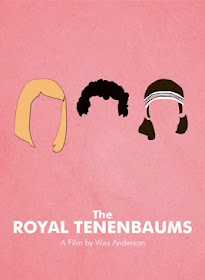 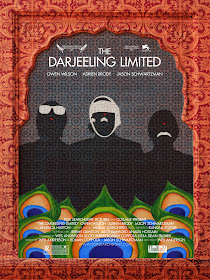 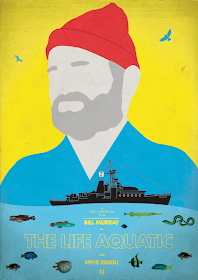 6. THE LIFE AQUATIC WITH STEVE ZISSOU 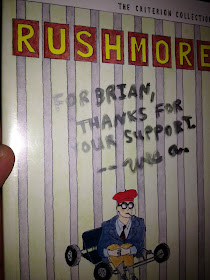