Guy Hutchinson has worked as a radio talk show host and personality on WHWH and WMGQ radio in NJ and is currently the co-host of  'Drunk On Disney,' 'Adventure Club,' 'Flux Capaci-cast' and 'Camel Clutch Cinema' podcasts. Over the years he has interviewed Mick Foley, Bernie Kopell, Andy Richter, Bebe Neuwirth, Joe Camp, Marvin Kaplan, Robbie Rist and many other entertainment figures.

A blogger since 2004, Guy blogs irregularly on bunchojunk.com and is the sole correspondent for the Ken PD Snydecast Experience. You can follow him on Twitter, friend him on Facebook and find links to all of his work on guyhutchinson.com.
------
I love action films. I think a bad action film is about equal to a good film in any other genre. Here are some I hope are new to you! Check 'em out! 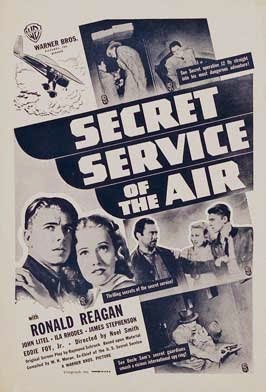 I have come to the conclusion over the years that Ronald Reagan's acting skills are underrated. I grew up in the 1980s when he had risen to the Presidency of the United States when it was easy to look at his film career the way we would look at a paper route or retail job we once had. Heck, Reagan used to joke about his acting.
It's understandable that people had trouble properly grading his performances, because whether you liked him or not, it was hard to watch him on a screen and not think about his Presidency.
But with the passage of time and the advent of TCM I have checked out several of his films. Some performances aren't great (She's Working Her Way Through College) but in the right role he shined.
Secret Service of the Air was one of 4 films (released over the course of 15 months!) where he played Lieutenant "Brass" Bancroft. The films are all tight exciting and feature an exciting plot involving smuggling flights. 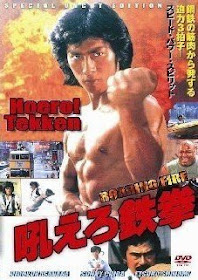 About ten years ago I was at a horror convention and among the list of midnight films was this oddball kung fu film. What made me decide to stick around until midnight was the appearance of pro wrestling legend Abdullah the Butcher. I enjoyed the film immensely. It was quirky, it was funny and it was loaded with great action. It took a while to track it down on VHS, but I have enjoyed it many times since. The plot involves separated twins, revenge and Sonny Chiba as a magician. Yeah, you need to see it.

The Legend of Billie Jean (1985)
I loved this film when it aired on cable in the mid 1980s. I watched it over and over. I'm not ashamed to admit my workout mix still includes the theme song "Invincible" by Pat Benatar.
Admittedly this is more of a drama than and adventure film, but it does involve people on the run, gun play, fire and a hostage situation.
Helen Slater and Christian Slater are so great as brother and sister I am still shocked they aren't related!
Go check it out. I bet you'll be cheering when Billie Jean cuts her hair. Fair is fair. 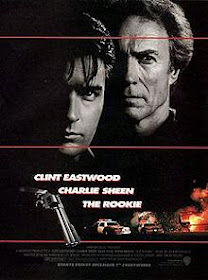 The Rookie (1990)
For most of the late 1980s and early 1990s I never went to the movies. In 1990, I think the only film I saw in the theater was The Rookie. I went because my older brother wanted to see it and offered to pay. Perhaps the fondness I have for the film is solely based on that nostalgia. Still, when I rewatched it last week I couldn't help but smile at the interactions between "grizzled veteran cop" Clint Eastwood and "by the book rookie cop" Charlie Sheen.
It's may be as a superficial as the sprinkles on a doughnut, but it's also just as fun. 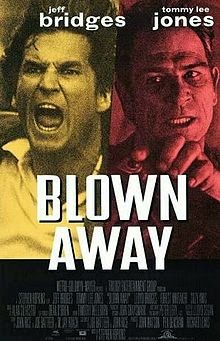 Blown Away (1994)
This film was dismissed as a Speed knock off when it arrived in theaters, but I have always liked it. In fact, I would rank this in my top 10 films of all time. Rarely a year goes by where I don't load this DVD up for another spin.
It's an exciting tale of a mad bomber and a cop with a secret past. Tommy Lee Jones is the highlight for me as the over the top Irish terrorist. I think I have all his lines memorized.
Of note, there is also a CD-ROM game based on this movie with other actors. It's not easy, but in this day of online guides and cheats it is a fun game to try. 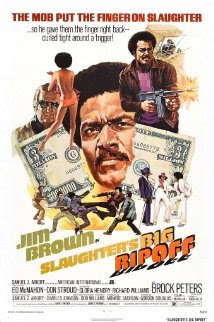 Slaughter's Big Rip-Off (1973)
This is the sequel to Slaughter, both starring football star Jim Brown as the titular vigilante. It's a fun by the numbers revenge film with Slaughter going after a mob boss that wronged him.
The reason this film stands out is the inspired (and bizarre) casting of the mob boss, Duncan. Duncan is played by Ed McMahon. Yep, THAT Ed McMahon. He chews the scenery and is quite fun (and good) in the role. 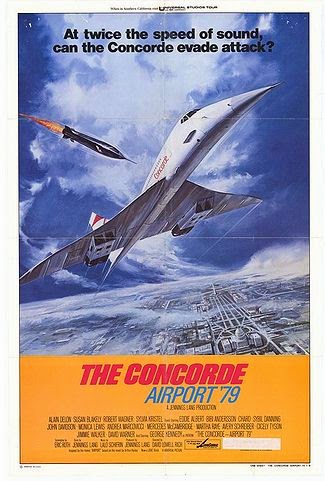 The Concorde... Airport '79 (1979)
Despite being one of the most profitable film series of it's time, Airport doesn't seem to get the recognition you would expect today. The first one is head and shoulders above the sequels, but for the sheer time capsule of Concorde travel I do recommend giving this one another look. The film has all the cliches of 1970s disaster films, but that's not a bad thing if you are a fan of cliched 1970s disaster films! I certainly am! Susan Blakely is gorgeous and plays her part well. George Kennedy puts in a fine effort and the film is certainly worth watching. 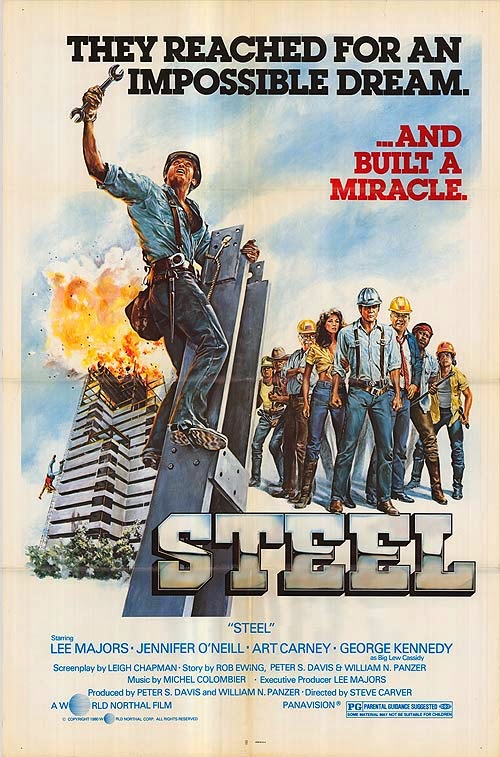 Steel (1979)
George Kennedy also stars in this film as a construction foreman with a fear of heights. He and his workers are building a massive skyscraper but are being threatened by the thugs of an evil tycoon. The film has some great stunt work.
This film is sadly notable for a stunt gone wrong. Legendary stuntman A.J. Bakunas died attempting a record fall from the building in the film. 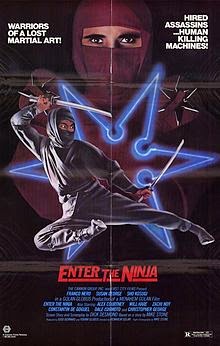 Enter the Ninja (1981)
Let's go out on a happier note! Enter the Ninja was a big part of the ninja craze of the 1980s. Legendary film ninja Sho Kosugi is amazing as Hasegawa. The film tells the story of old rivals and a CEO who wants to buy some land that isn't for sale. Wonderful action scenes. The film has two semi-sequels: Revenge of the Ninja and Ninja III: The Domination, both featuring Sho Kosugi.
Rupert Pupkin at 7:30 AM
Share